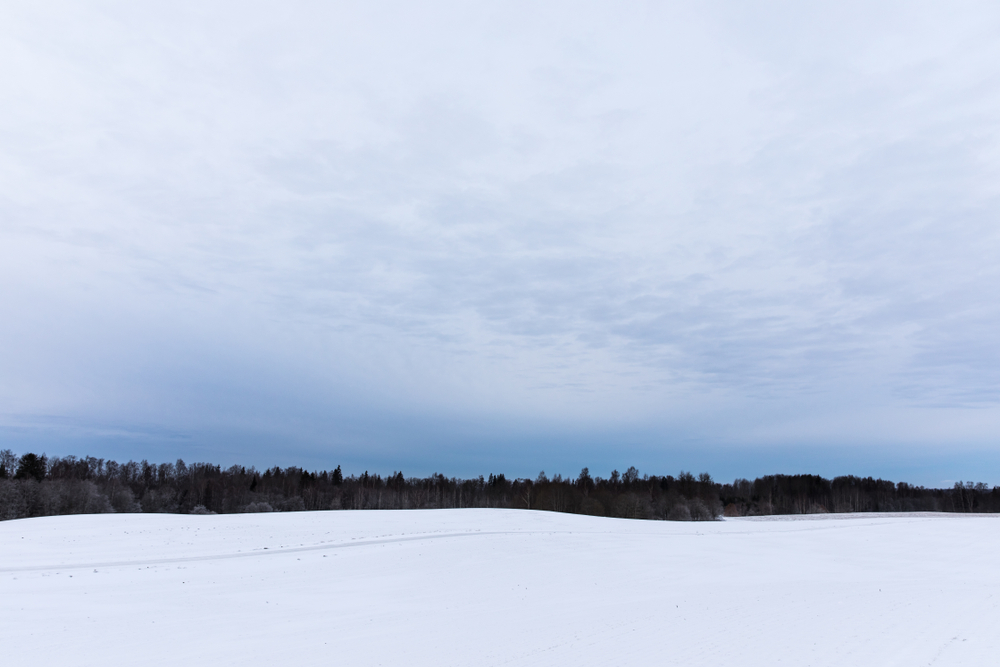 Matsi Beach on the Baltic Sea is an inviting spot for rock pickers on a sunny day. The Baltic coast experiences a warming influence from the Gulf Stream. 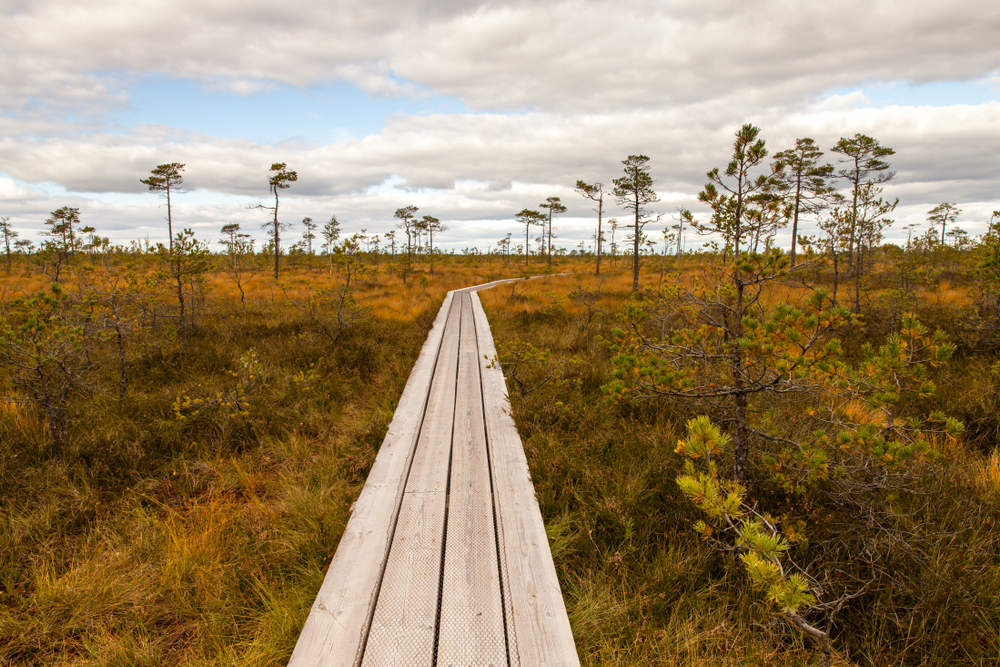 A boardwalk cuts through a boggy marshland in Soomaa National Park. Estonia is a low-lying country with an average altitude only reaching to 50 meters.

Estonia is a small country in northern Europe that is influenced by warm maritime air generated by the Atlantic Gulf Stream. In general, this creates a temperate climate that is slightly milder than would be expected for its latitude. There are four seasons of virtually equal length.

Spring (March to May) temperatures start to rise above freezing and the land and lake systems thaw out rapidly.

Summer (June to August) has an average temperature of 16°C (62°F) in the warmest month of July. Short term peaks of 30°C (86°F) can be reached at some inland locations.

Autumn (September to October) is typically the wettest season, although rainfall can occur during any month of the year. Meteorological records for the capital Tallin indicate that September is the wettest month, with an average rainfall of 65 millimeters (2.6 inches).

Winter (November to February) has chilling winds from Russia that bring extremely cold conditions. The coldest month is February when the national average temperature is −6°C (22°F). However, when the cold winds from Russia dominate, the entire country can experience temperatures as low as −25°C (−13°F). Such extreme conditions rarely last more than three days at a time.

Estonia is a low-lying country with an average altitude only reaching to 50 meters (164 feet). There is little regional variation due to the absence of mountainous areas and therefore only slight differences can be noted between the northern coastal and southern inland regions.

The Baltic Sea coast and islands stretch along the north of the country and experience most of the warming influence from the Gulf Stream. Temperatures are slightly warmer than inland and winters are not as extreme. The sea may freeze for short periods in mid-winter. The average annual rainfall is 500–600 mm (20–24 in), with some occurring as snow.

The south and east of the country lie in the transition zone between maritime and continental climate. This region can experience temperature extremes during the winter and summer months. Rainfall is also slightly higher than the coastal region, with an annual average of 700–900 mm (27–35 in). Around 25 percent of this precipitation occurs as snow, and the ground is covered by snow and ice for considerably longer periods of time than elsewhere in the country.