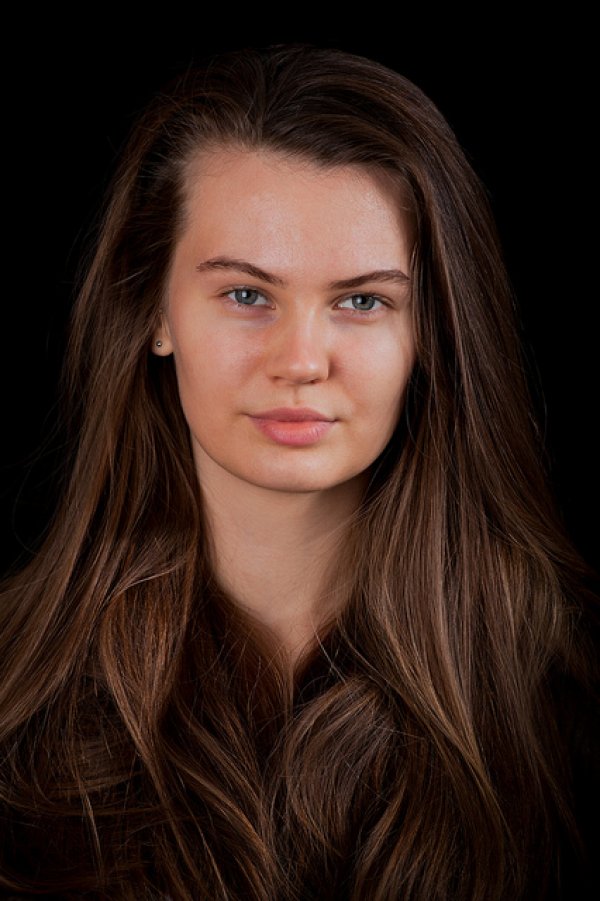 The Estonian constitution grants full equality to men and women in all respects. 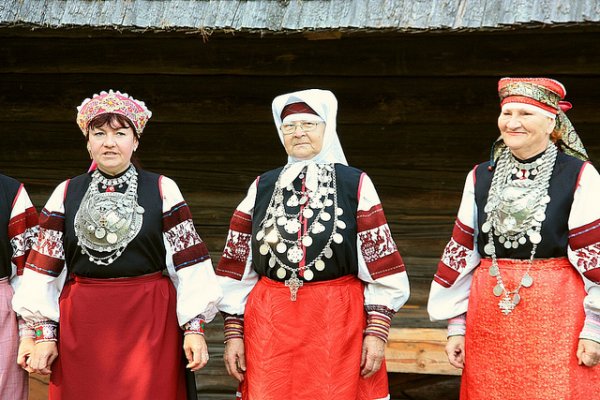 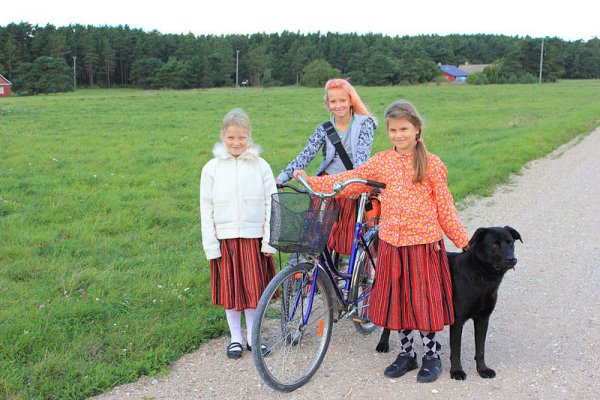 Estonia has a wide network of coeducational public schools, and the adult literacy rate among men and women is 100 percent. 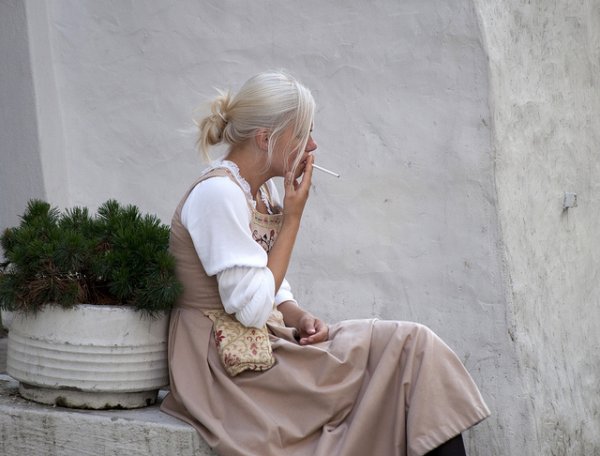 A woman takes a smoke break in Tallinn. 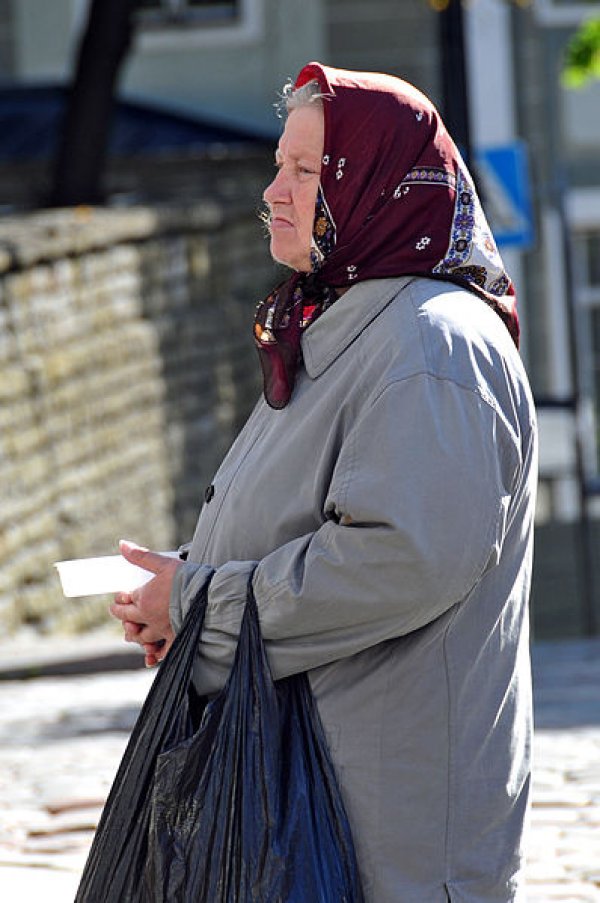 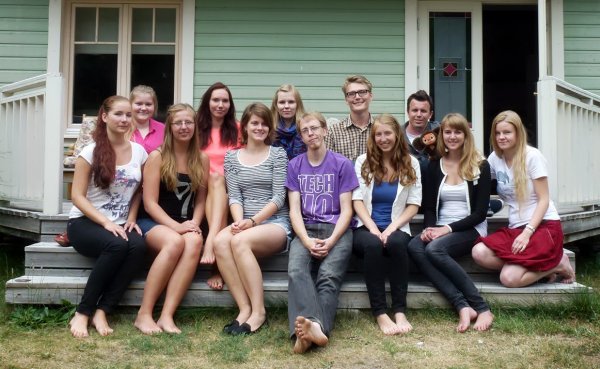 Despite their high levels of education, women do not enjoy equal opportunities in the higher levels of the job market.

Fun at the Tallinn Fair

Over three quarters of women have occupations in the service sector.

Women generally play a subordinate role in Estonian society, even highly educated women who hold important positions. The society’s patriarchal attitude has restricted the activities of women at home and work, but the status of women has seen a gradual change, especially among the younger generation. Moreover, the new Constitution ensures the rights of women and explicitly forbids gender discrimination. The efforts of women’s organizations and other non-governmental organizations have also helped Estonian women to take a more active part in the development of the country.

In the past few years, Estonian women have gained access to technically and administratively demanding positions. Women’s representation in politics has witnessed a marked change since independence. Now women hold just under 30 percent of parliamentary posts.

Even though unemployment affects both rural and urban women, rural women have more disadvantages. The role and perception of women is similar among native Estonians and Russian-speaking Estonians.

Estonian women do not have any particular dress code restrictions. Traditionally, they wear long-sleeved shirts decorated with embroidery, and married women wear a kerchief as headwear.

Article 12 of the Estonian Constitution grants full equality to men and women in all respects. Women won the right to vote in 1918. Estonian law provides women with equal rights in owning land and inheriting property.

The abortion law of Estonia permits abortions on appeal at up to 11 weeks and 6 days of gestation. The law permits women to undergo abortions later in the pregnancy for health and certain other reasons, including pregnancy before the age of 16 and after the age of 45.

Women can initiate divorce proceedings. They can also obtain a divorce on the basis of joint written petition. Mothers usually receive custody of children in the case of divorce. If there is more than one child, custody may be divided between the parents.

Article 37 of the Estonian Constitution states that everyone has the right to education. Estonia has a wide network of coeducational public schools, and the adult literacy rate among men and women is 100 percent.

Despite their high levels of education, women do not enjoy equal opportunities in the higher levels of the job market. Over three quarters of women have occupations in the service sector.

Traditionally, parents arranged their children’s marriages in Estonia. The modern Estonian culture allows dating, and girls meet boys in schools, at the workplace, in social settings, or through online dating services. In fact, Internet dating ”fraud” has become a growing concern in the Estonian community.

Family law dictates that a person can marry at the age of 18. A minor between 15 and 18 years of age can get married with the written consent of his or her parents or guardian. In rural areas, women get married at an average age of 25.

Polygamy is illegal and is not accepted in Estonian society.

Women have the primary responsibly for the household and do all domestic work.

Estonian law provides equal rights to spouses regarding the property acquired during a marriage. Any property owned prior to the marriage belongs to the person who owned it initially, unless they have agreed on a marital property contract.

Society does not look down on a woman who has no child. Mothers usually receive the custody of the child in case of divorce. In the case of two or more children, custody may be shared.

Estonian women have easy access to good healthcare. The national research and development program adopted by the government formulates the guidelines for developing and implementing health policy on different levels.

Both urban and rural areas have equal access to gynecological and obstetrical care. Almost all births in Estonia have professional assistance, and this has reduced the infant mortality rate. Women usually take the advice of their doctors on abortions and health care, but they have the liberty to make their own healthcare and reproductive decisions. Women have wide and easy access to birth control techniques, including abortions.