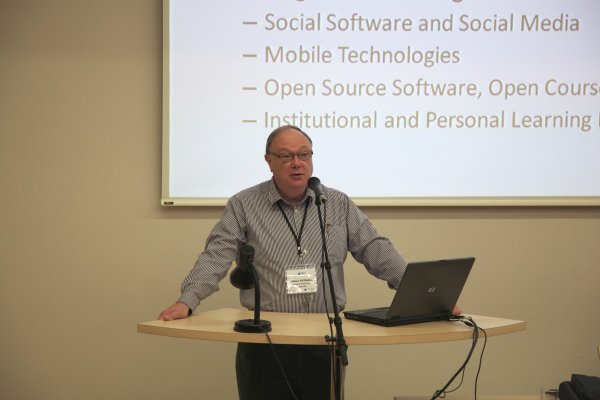 While business is usually conducted in English, using some basic Estonian expressions is a sign of goodwill. 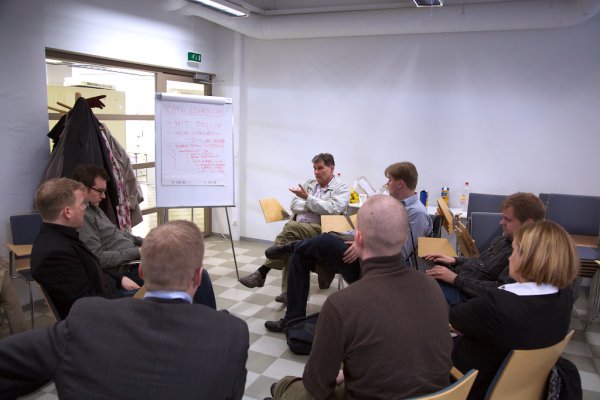 Meetings in Estonia will begin fairly quickly without much small talk. 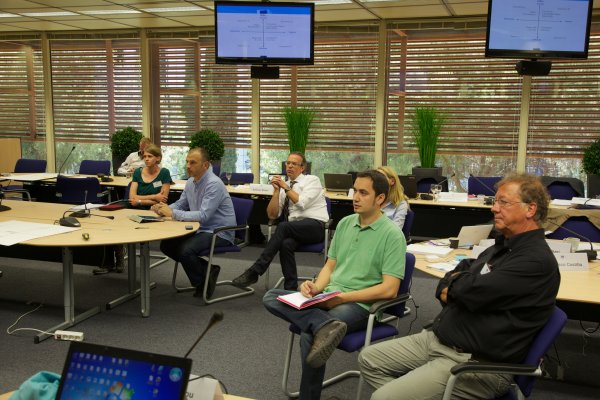 You may have to first meet with lower-level Estonian contacts before being deemed a good business partner.

Respect and formalities are very important to Estonian businesspeople. Estonians are extremely diplomatic, but they are reserved and have no problem with what in some places would be awkward silence. They keep business and personal relationships separate and value their privacy.

When preparing for a meeting in Estonia, send the agenda or proposal to your contact beforehand. Make sure your material is backed by specific facts and hard evidence.

Decisions are made at the top of the company, but you will often have to meet with lower-level Estonian contacts before being deemed a good prospective business partner and invited to a subsequent meeting with someone on a higher level. While many women are educated and more are entering the workplace than in the past, the Estonian business world is still male-dominated.

The Estonian language is difficult to learn, so international meetings and negotiations will typically be conducted in English. However, ask if you should hire an interpreter and bring meeting documents and presentations translated into Estonian or Russian, as some older Estonian businesspeople are not fluent in English. Try using some basic Estonian expressions as a show of goodwill.

It may take some time to get a confirmed appointment in Estonia, as many senior executives gained their professional experience in the former Communist regime and follow old, hierarchal methods of appointment-setting. When you do get a scheduled appointment, always confirm the meeting date and time by e-mail, fax, or letter a few days before the scheduled appointment. Meetings should occur during normal business hours, which are Monday through Friday, 9am to 6pm, with an hour set aside for lunch. Try to avoid scheduling an appointment during the summer months of July and August, when many Estonians are on vacation. Another day to avoid is National Day, which is celebrated on February 24. The national holidays of Restoration of Independence Day and Victory Day fall on August 20 and June 23 respectively; if they fall on a weekend, offices are generally closed the following Monday.

Be aware that it is common in Estonia to continue meetings over lunch and dinner. While conversations may shift to a social nature, keep a formal demeanor, and do not get too friendly or casual. Use these outside settings to get to know your Estonian counterparts better as individuals, but do not ask personal questions.

In Estonia, punctuality is expected and highly valued, so you should always arrive to your meeting on time. Meetings in Estonia typically start on time and follow strict agendas. If you will be more than five minutes late to a meeting, you need to call to apologize and give an explanation for your tardiness.

While business-casual has become more acceptable in Estonia, formal business attire is still the norm. For meetings, it is customary for men to wear conservative dark or medium-colored business suits with a tie. Senior executives wear suits every day, while middle management and small business owners normally do not wear ties unless they are attending a formal meeting.

Women should wear stylish yet traditional suits or conservative dresses to business meetings. Many Estonian women wear pants with blouses, as well as accessories.

If you will be working in Estonia over a long period to fulfill a contract or project, you will probably be able to wear business-casual clothing that leans toward professional attire, such as a suit without a tie.

Estonians’ approach to business is formal and courteous. Most Estonians prefer to do business in a direct, no-nonsense manner that focuses on the facts and logic. They may appear aloof and pragmatic when you first meet with them, but they will most likely become more open and outgoing with you once the business relationship has been established.

Status and hierarchy are very important to Estonians. Until you have established a personal relationship with your counterparts, show respect and use proper titles when meeting them. Estonians do not appreciate exaggerated claims or hype, so do not include extraneous information or gimmicks in your planned presentation.

Estonian companies have a hierarchical structure, and age, position, and experience earn respect from others. When entering the meeting room, defer to the most senior person in the room. Make sure this is the first person you greet, with a handshake and a formal introduction, and the first person to enter the room; follow his or her lead when it comes to seating and starting the meeting. Remain standing until invited to sit down or until others do so.

It is appropriate to shake hands with every person at the meeting, both prior to and afterward, starting with the senior leader. The handshake is standard when first meeting a contact, and it should be firm and short. Maintain steady eye contact when shaking hands as well. Men greet other men with handshakes, and women greet each other with a handshake or simple nod of acknowledgment. Men and women may greet each other with a handshake or nod. It is not appropriate to make any type of physical contact other than the handshake at business meetings and functions.

In Estonia, formalities and titles are the used. If a person has an academic or professional title, use his or her title followed by the surname. People without professional titles should be addressed with the titles, “Härra” for Mr., “Prova” for Mrs., and “Preili” for Miss, followed by the surname. Wait for your counterpart to ask you to use his or her first name before doing so.

Estonians value their personal space and do not touch each other during conversations. They also tend to leave a relatively large space between each other when speaking, at least an arm’s length or more. Respect these boundaries, but maintain eye contact during conversation, as it helps create an atmosphere of trust and respect, as well as showing your interest in the topic.

Many Estonians will appear to be reserved or cold until they get to know you. Nodding means agreement, while shaking the head means disagreement. When an Estonian shrugs his or her shoulders, it means indifference, and rolling the eyes means frustration. Use your whole hand to point, as it is considered more polite than using your index finger.

If a meeting takes place over a meal, dress well and use formal Continental dining etiquette, including holding your fork in your left hand and your knife in your right. Never begin eating until the hostess starts or someone says, “Head isu” (Good appetite). Keep your elbows off the table, and finish all the food on your plate. Compliment your hostess on the meal.

Meeting Starters: Small Talk versus "Getting Down to Business"

Once the formal introductions have concluded, meetings in Estonia will begin fairly quickly without much small talk. If you are engaged in small talk, allow your Estonian counterpart to lead the conversation and stick to non-controversial subjects, such as the weather.

Estonian corporate culture is hierarchical and formal, and most meetings get straight to the point.  The senior Estonian executive will typically start the meeting with a welcoming speech, which should be reciprocated with a short welcoming speech from the most senior member on your team.

Estonian meetings follow strict agendas and maintain a formal air throughout the discussions. The senior Estonian will direct the meeting, following the preset agenda, as well as overseeing any decision-making processes. Meetings may continue into lunch or dinner, as Estonians have no problem working overtime to complete every task on the agenda. When the business discussions begin, take notes during presentations to demonstrate your interest in the topics at hand. Never interrupt someone when he or she is speaking.

Estonians tend to be direct communicators, who say what they mean and mean what they say. While your Estonian counterpart may seem blunt at times, he or she will typically use non-inflammatory, polite language in order to show respect and avoid confrontations. Expect many long pauses from your Estonian counterpart, as he or she will tend to think in depth before responding.

When it is time for you to present, make sure your information is a blend of visual and oral information that is backed by accurate figures. Never criticize your Estonian counterparts, as this will be considered very offensive and embarrassing. Estonians value their good reputations, so you should try to avoid confrontations, aggressive behavior, or publicly pointing out mistakes, as this can be grounds for ending a business relationship.

In Estonia, the high-level executives are the main decision-makers. Employees in the lower ranks do not typically share this authority, but you will often have to meet with them anyway. The decision-making process in Estonia can be lengthy and drawn out. Be patient in your dealings with Estonians and don’t try to rush the process.

Estonian authority figures typically make decisions only after long consideration about how the decision will affect the entire company or group. You will probably have to meet with lower-level Estonian contacts before you get the approval to have a meeting with the true decision-maker, so schedule accordingly.

Gifts and Splitting the Bill

Gift giving is customary in Estonia at Christmas and birthdays, but gifts are not usually exchanged at a first business meeting. Some appropriate gifts to bring if you are invited to someone’s home include good wine or liquor, chocolates, or flowers given in odd numbers. Wrap the gift nicely, and expect the host to open it immediately in front of you. Some appropriate gifts for the office include business items with your company logo, or wine. It is also customary for the Estonian businesspeople to treat you with a trip to the local pub or a celebratory dinner after the deal is closed. While you can offer to pay, allow your host to pick up the bill, and do not argue about it.

Following up with your Estonian counterparts immediately after the meeting is essential. This follow-up should be a letter or e-mail with all the outlined agreements. It also gives you an opportunity to follow up on previous discussions. After sending the letter, you may call your contact to have a direct conversation, or send a handwritten note. The follow-up should occur within a week of your in-person meeting.