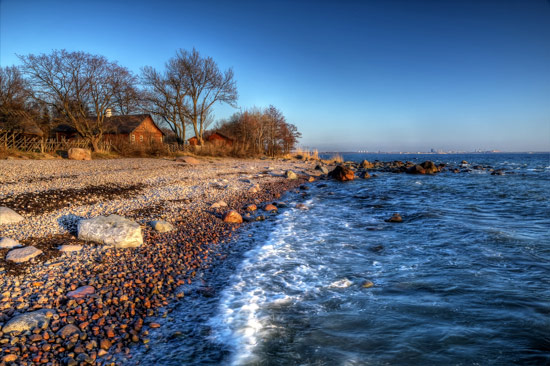 Estonia's rugged coastline runs along the Baltic Sea, the Gulf of Finland, and the Gulf of Riga. 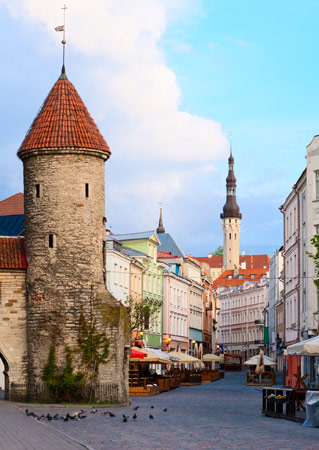 Located on the Gulf of Finland, Tallin dates to the 13th century and is the nation's largest city and capital. 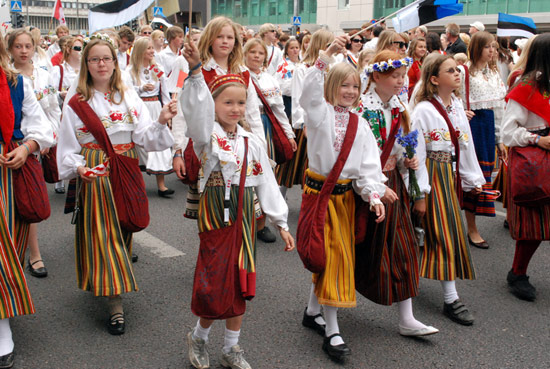 Some two-thirds of residents are ethnic Estonians, with most of the other third claiming Russian heritage. 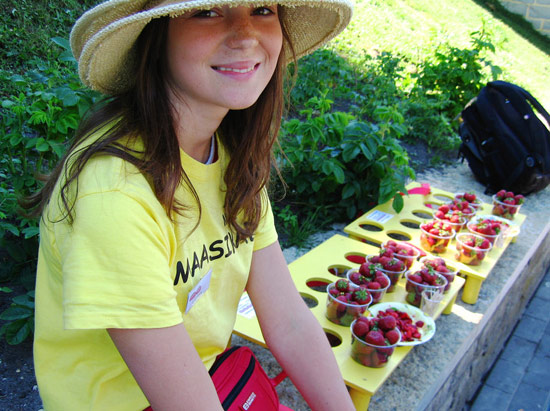 Known for its excellent educational system, Estonia boasts a literacy rate of 100 percent. 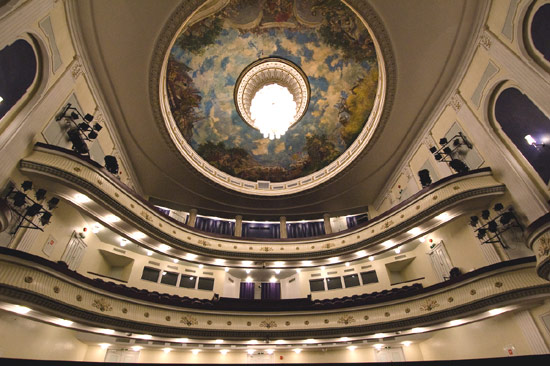 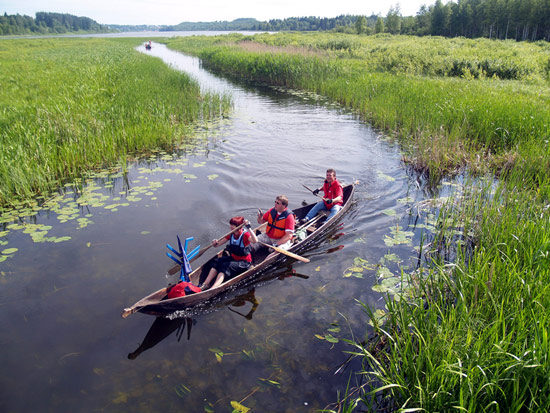 Soomaa National Park along the Parnu River floods in spring and is best discovered by canoe.

Estonia is a small country in northern Europe, situated on the Baltic Sea, with Latvia to the south and Russia to the east. The Baltic coastline is long and rugged, extending 3,794 kilometers (2,357 miles) and including numerous bays, inlets, and more than 1,500 islands.

Most of Estonia’s land is low-lying and heavily forested. Almost half the land area is covered with native pines. There are more than 1,500 natural and artificial lakes in the country, the largest of which, Lake Peipus, forms much of the border with Russia. Most of Estonia’s landscape is the product of glacial activity. The north is characterized by long, narrow valleys where rivers formed by melting glaciers carved through glacial deposits of rock and sand. The south is dotted with moraine hills. Due to the country’s low altitude and wet weather, much of the land’s surface is bogs and marshland.

Estonia’s culture grows out of a largely indigenous folk heritage that reflects the country’s agricultural roots and the relative asceticism of life in a cold, northern climate. Estonian cuisine is shaped by the relatively short growing season. The simple peasant diet is heavy on meat and fish, rye bread, potatoes, root vegetables, and fruit preserves. Christmas is a major holiday. Outdoor recreation, such as canoeing, fishing, and hiking, are a major part of day-to-day life. Many Estonians retreat to summer cottages during the warm months.

A more unified national sense of cultural identity did not take hold in Estonia until the 19th century. Only after Romanticism and Nationalism swept Europe did Estonian artists and intellectuals make efforts to define their own cultural lineage—through poetry, music, literature, and art—as distinct from that of other Germanic peoples and from the culture imposed on ethnic Estonians through “Russification” under Tsar Nikolai I. In contrast to their neighbors, the Russians, who Estonians consider emotional, open, and talkative, Estonians characterize themselves as humble, quiet, and reserved.

The nuclear family is the basic social structure of Estonian society. Barnhouse dwelling was a tradition of families in pre-modern Estonia. It meant large families lived in multipurpose barn-style homes consisting of many rooms for both living and working. From this way of life, the values of closeness to nature, self-sufficiency, and an Estonian variant of the so-called “Protestant work-ethic” survive within the Estonian people.

Evangelical Lutheranism is the most prominent faith in the country; however, overall Estonia is one of the least religious countries in the world. More than three-quarters of the population does not follow any faith.

Human settlement in the country began when the ice sheets retreated at the end of the last glacial period 13,000 years ago. Simple tools and later Bronze and Iron Age relics have been discovered at locations across Estonia.

Throughout its long history, the country has endured centuries of Danish, Swedish, German, and Russian rule. Independence was finally achieved in 1918. This lasted for just 22 years, however, as Stalin and Hitler divided the region according to their own interests during World War II. The Soviet army took control of Estonia and began a program of forced migration, which saw 200,000 people moved to labor camps, largely located in Siberia.

It was not until the Soviet empire began to collapse that Estonia regained its independence. Formal independence was achieved in 1991, with Russian troops finally leaving three years later. Considerable resentment toward Russian people by native Estonians lingers, and relations between the two countries remain tense. To further move away from its Soviet past, Estonia forged relationships with Western nations. It became incorporated into the North Atlantic Treaty Organization (NATO) and European Union (EU) in 2004. It became the 17th country to adopt the euro as its national currency in 2011.

Estonia and Russia resumed border talks in 2012, after Russia withdrew from a previous agreement. A new deal was signed in 2014. Tensions along the border increased, however, after Russia’s annexation of Crimea, and NATO troops were sent to the region. The troops conducted military drills that were widely seen as preparation for potential Russian incursions.

Estonia has a temperate climate, moderated by winds off the Northern Atlantic Ocean. The country generally has cold winters, with long periods of continuous snow cover and occasional freezing of the sea along its coastline. Summers are typically mild, humid, and rather wet.

Mixed forests cover almost half of the country. Boreal species of pine, fir, birch, and aspen trees are most common. The remaining natural area is made up mostly of meadows, marshes, and swamps. Some 60 species of mammals are found in Estonia including elk, deer, wild pig, and bear. Foxes, badgers, otters, and rabbits are common. Varieties of fish—such are cod, herring, salmon, and eel—are plentiful and commercially important. About a tenth of Estonia’s territory is set aside as nature preserves.

Estonia is an EU nation with a generally strong and advanced market economy. It is consistently ranked among the world’s “most free” economies. Proximity to Scandinavian and Finnish markets, the country’s geographical position between Europe and Russia, competitive cost structures, and a strong skilled labor force give Estonia major economic advantages. A diverse and balanced export sector includes wood and paper, textiles, food products, furniture, metals, and petroleum products. Machinery and equipment are the country’s main exports.

Estonia operates under a parliamentary republic form of government with a multiparty system, three independent branches of government, separation of powers, and a constitutional system of checks and balances. A significant amount of political power is devolved to regional-level counties and local municipalities.